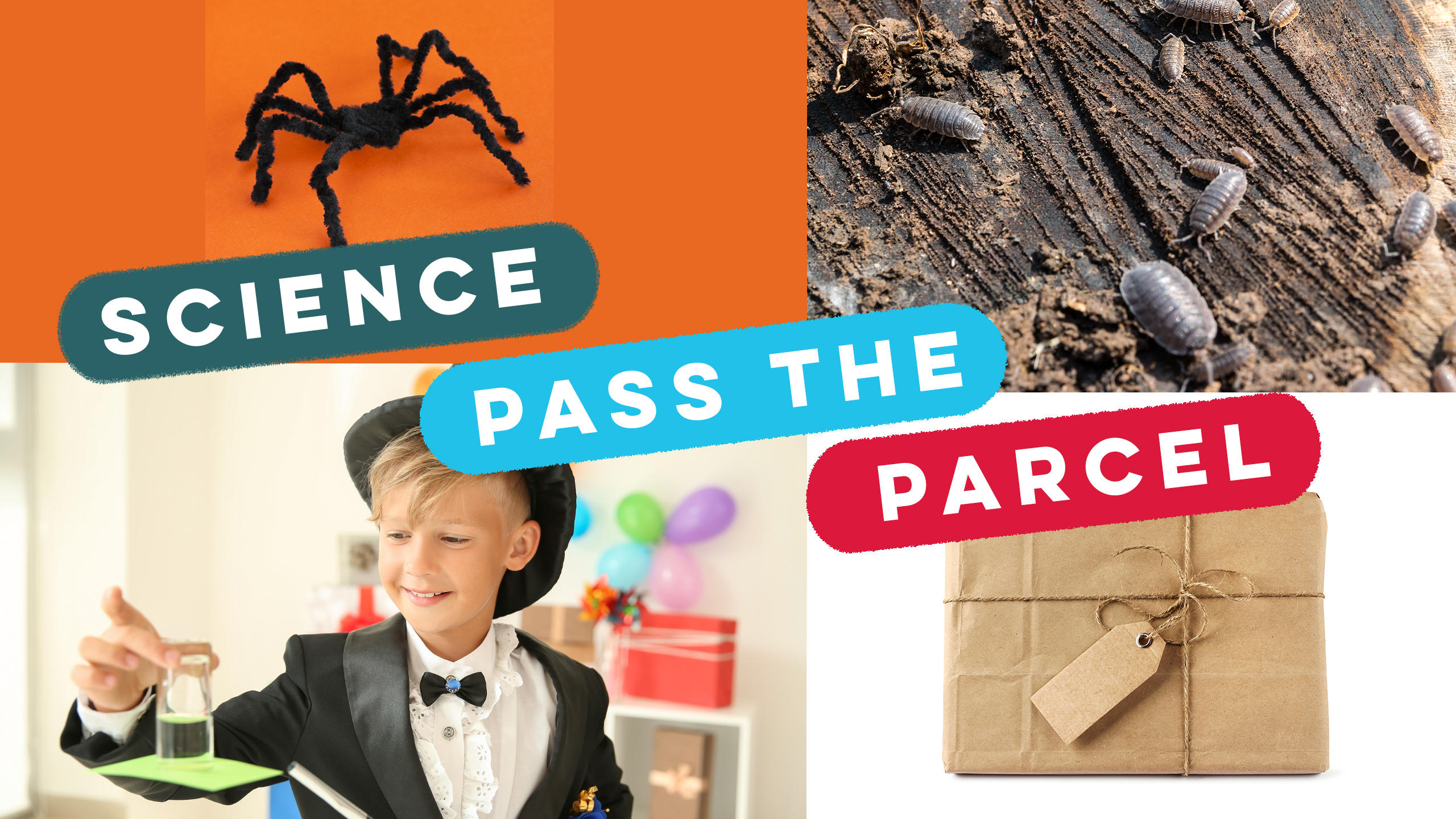 Looking for something fun and educational to do with your smallest scientists? Here’s our academic lead Mary Gagen with a fantastic game you can put together with some easy-to-find resources – Pass the Parcel! Each layer of the parcel challenges you to do a fun science activity – maybe hold a glass of water over your head (you’ll need to trust physics for this one!), or craft some pipe cleaner insects! We’ve got loads of extra information about each activity, too, so you can turn each layer into a lesson of its own!

Get started by watching the video here!

Here’s some notes to help you use the examples included in the video,
separated by the ‘layer’ of the pass the parcel.

Leaf shapes show us how that plant is adapted to help it survive and thrive. Things to look at for leaves are shape, their surface (waxy or shiny or matte) and their veins (number and patterns).

Leaves make energy from light, water and carbon dioxide through photosynthesis. The colour of leaves helps them to absorb the right colours of light. Most leaves are green because they absorb red and blue light for photosynthesis, reflecting green light into our eyes. Some leaves are not green, though, because they contain other photosynthetic pigments. What other colour leaves can you find?

Some plants have a few enormous leaves and others have lots of small leaves, but they all tend to form a similar shape.

If you look closely many leaves have a glossy surface. That is because they are coated in a waxy cuticle to make them waterproof. If a leaf loses all of its water, it would die. The cuticle is like our skin – it allows the leaf to stay the right temperature and not lose water. If you give your leaves a feel you might notice that they tend to be most waxy on their top surface – the part that’s out in the sun all day and most prone to drying out!

The lines and patterns in a leaf are called veins. Similar to our own human veins, they help the plant move water, sugar and nutrients around from the roots to the very tip of the leaves. Sugar made by photosynthesis is also moved through the veins from the leaf surface to the rest of the plant. Veins are the leaf’s transport system! You will see the veins more clearly if you hold the leaves up to the light.

You can find information about all the different shapes of leaves in the world here. 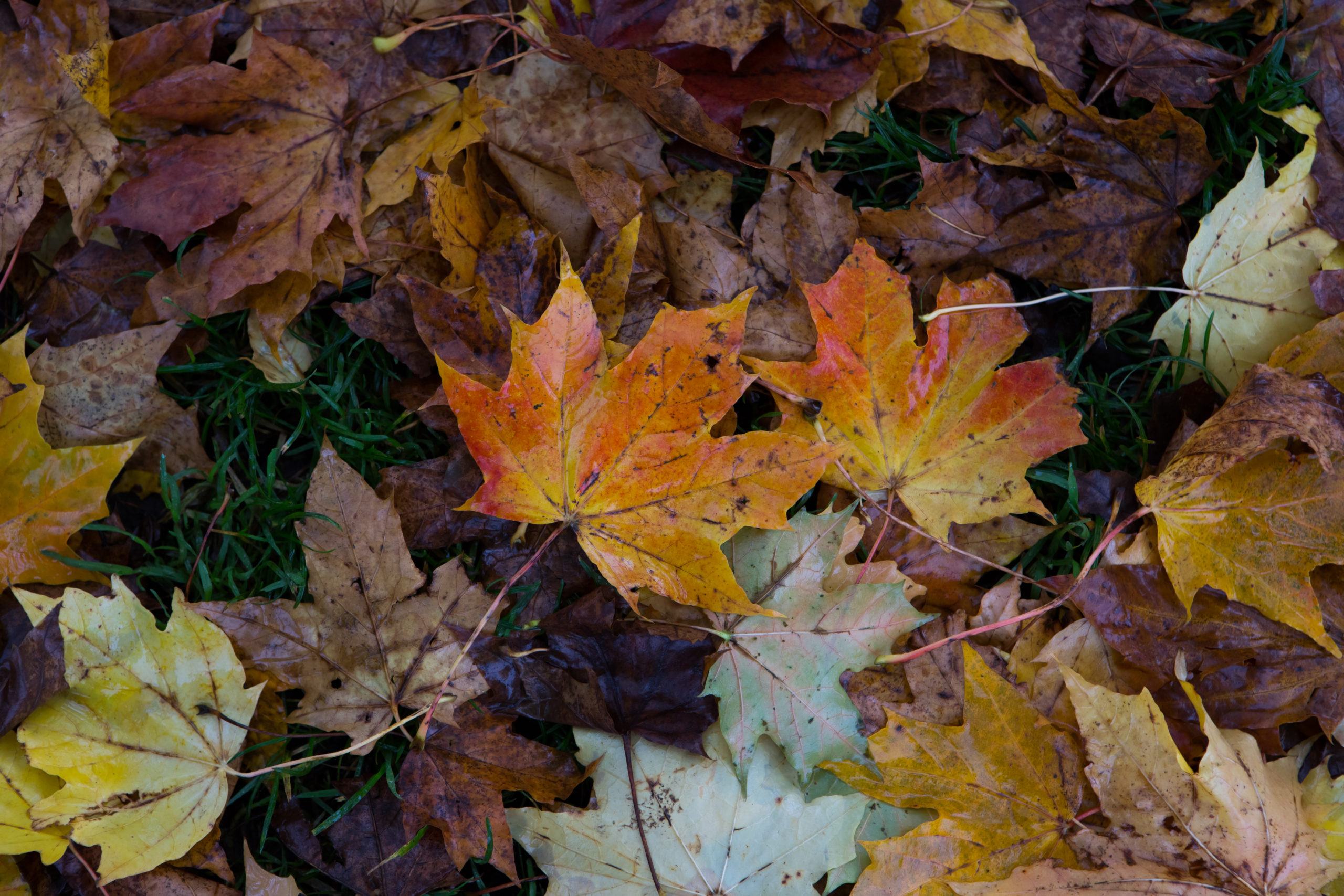 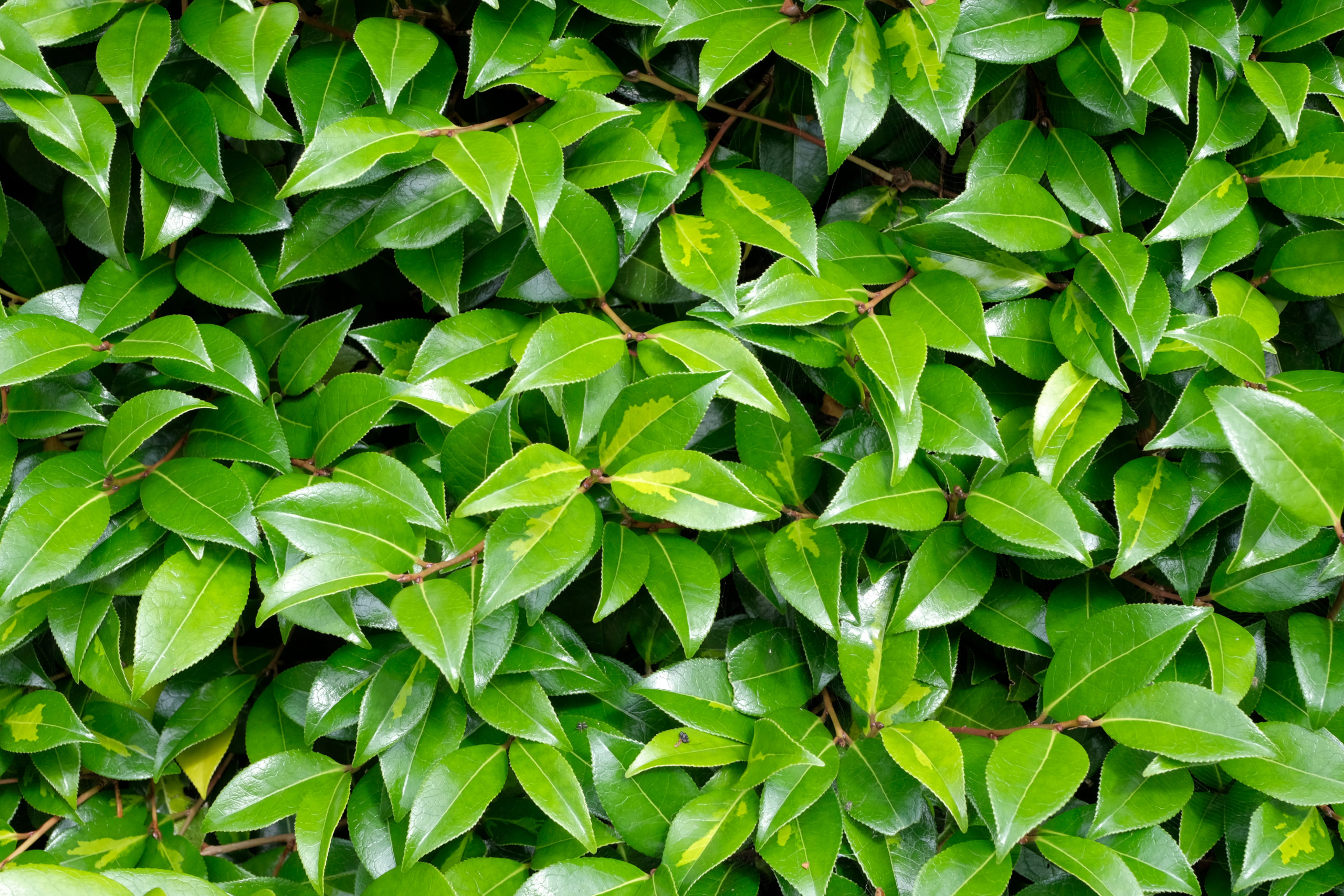 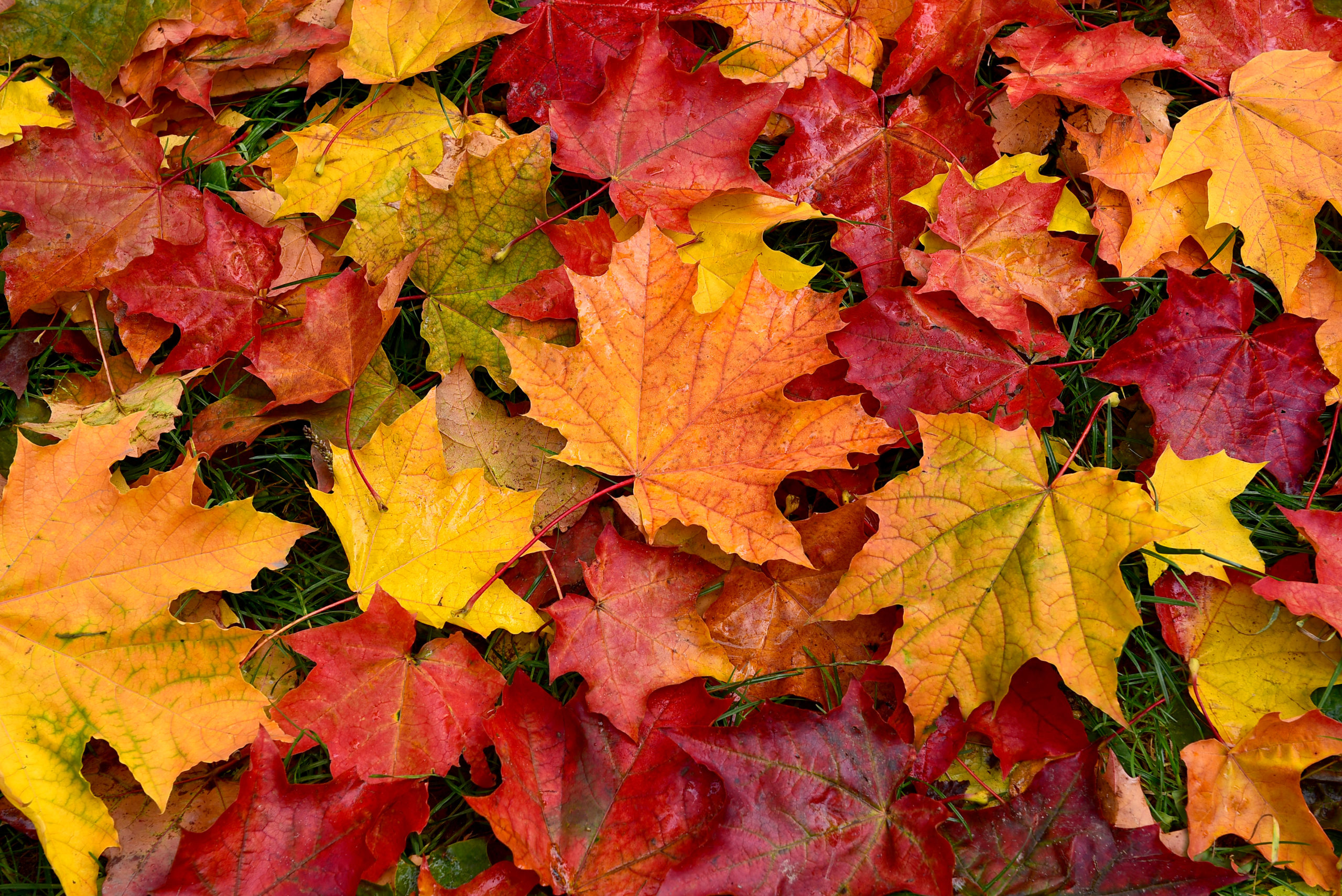 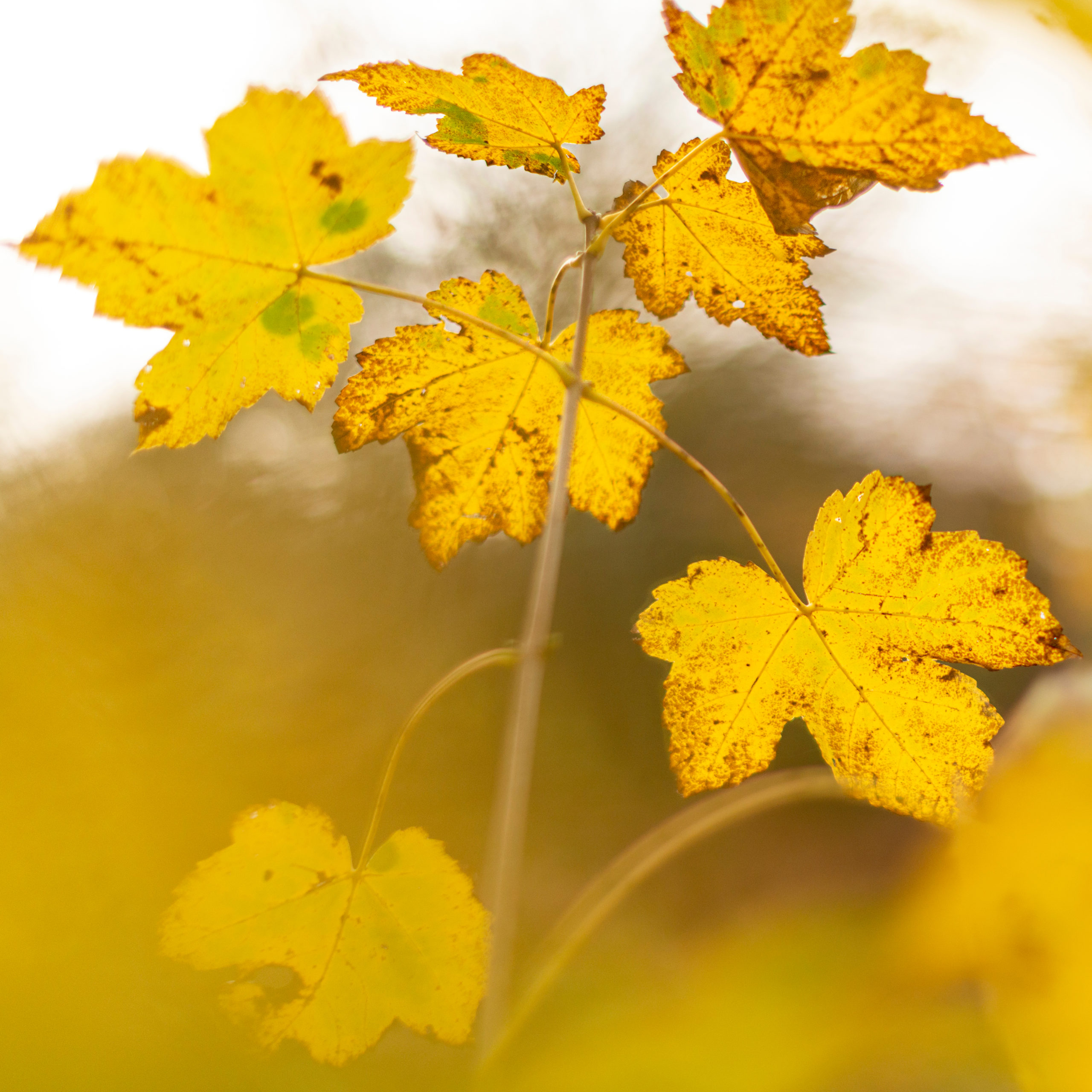 Insects, spiders, flies, butterflies and more! You can make all kinds of insects and creepy crawlies with pipe cleaners, including:

Flies – 6 legs and 2 wings that fold down the back of the body make flies easy to recognise. They have a bad reputation for carrying germs, but they are an important part of our ecosystem. Maggots (fly larvae) in particular are very important for decomposition, by breaking down decaying matter and releasing nutrients back into the soil.

Dragonflies – As an insect, dragonflies also have 6 legs and 2 wings – just like regular flies. Unlike flies, dragonfly wings are always outstretched and cannot be folded behind the body, and they have much longer tails. Dragonflies were one of the first types of insect to evolve and have been around for over 300 million years – before even the dinosaurs! They are actually aquatic insects, laying their eggs underwater where they live as nymphs until they emerge in their adult forms.

Praying Mantis – These fearsome predators stand on their middle and back pairs of legs, with the front pair modified into spiked grasping tools. Although they can’t fly, they still have very small vestigial (meaning they don’t actually work as wings, but are left over after evolution) wings folded down their back. Mantises use leaf-like camouflage to hunt their prey.

Butterflies – Butterflies have small bodies and big beautiful wings. They are important pollinators who flit from flower to flower, drinking nectar and passing pollen around. They drink nectar through a special mouthpiece called a proboscis. The proboscis is incredibly long, allowing butterflies to reach nectar deep inside flowers. When the proboscis isn’t needed, the mouthpiece simply rolls up out of the way.

Centipedes/Millipedes – A long body with plenty of legs makes perfect centipedes and millipedes. Centipedes have fewer legs (tens) than millipedes (hundreds) but that isn’t the only difference. Centipedes are predators who hunt other insects for food, whereas millipedes are detritivores that eat dead and decaying plant matter. Neither of them are actually insects, though, instead falling into the group Myriapoda – meaning ‘many legs’.

Spiders – Spiders are arachnids which means they have 8 legs and no antennae or wings. All spiders are predators, but they differ between each other in how they find and catch prey. Some use the silk they produce to make webs, where they wait for unsuspecting prey to get stuck. Other spiders are active hunters who go out and find prey. Sometimes they simply chase down their prey, but other species use their silk in incredible ways – there’s even a species that use their silk as a lasso! 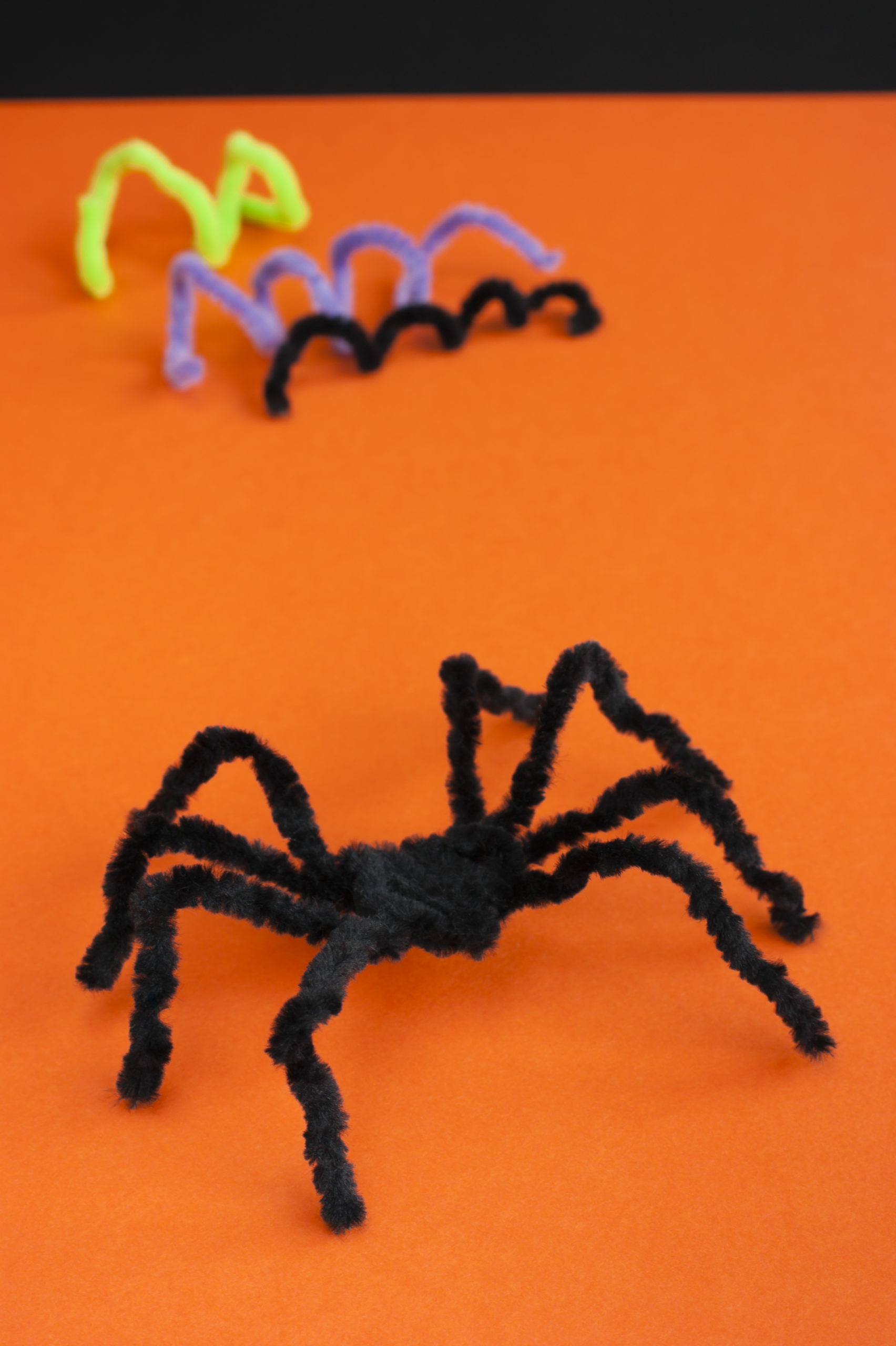 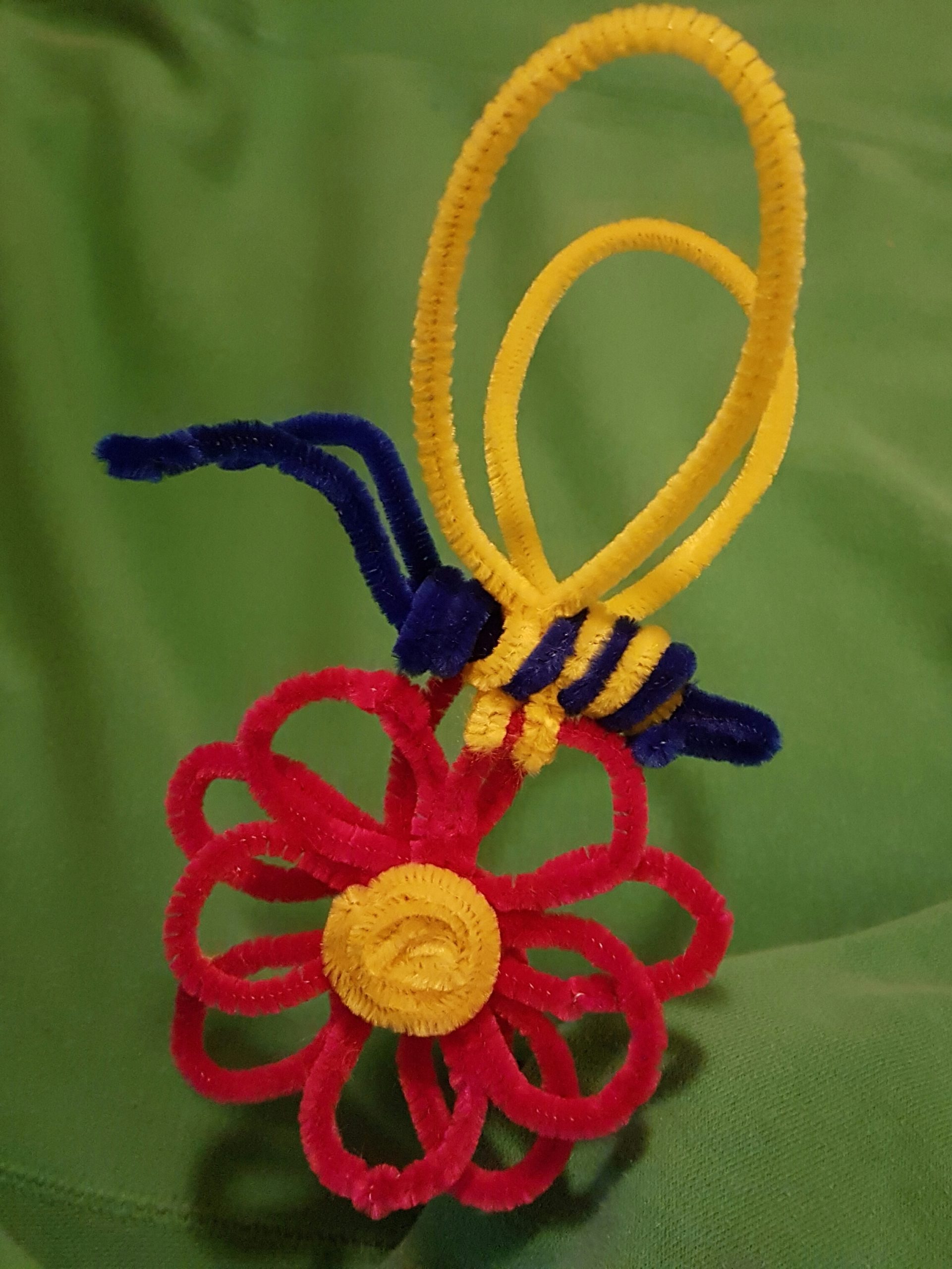 The trick here is to fill the glass almost to the very top and to have a strong piece of card.

When it’s upside down, you might expect the card to fall away and the water to go everywhere because of gravity (the force that pulls things towards Earth). What actually happens (if you’ve done it right!) is that the card stays over the rim of the glass and keeps the water in. What is going on?

This is because another force, called air pressure, is acting on the water in the glass. Air is made of molecules. Molecules are so small we can’t see them, but they push on everything around them, including us- but we’re so used to it we don’t notice.

This is why, if the seal isn’t good enough, more air molecules rush in and equalise the pressure – and then the water ends up all over your head!

Bonus research – there’s also another force at work, called ‘surface tension’. Have your young scientist do some online research to find out more! 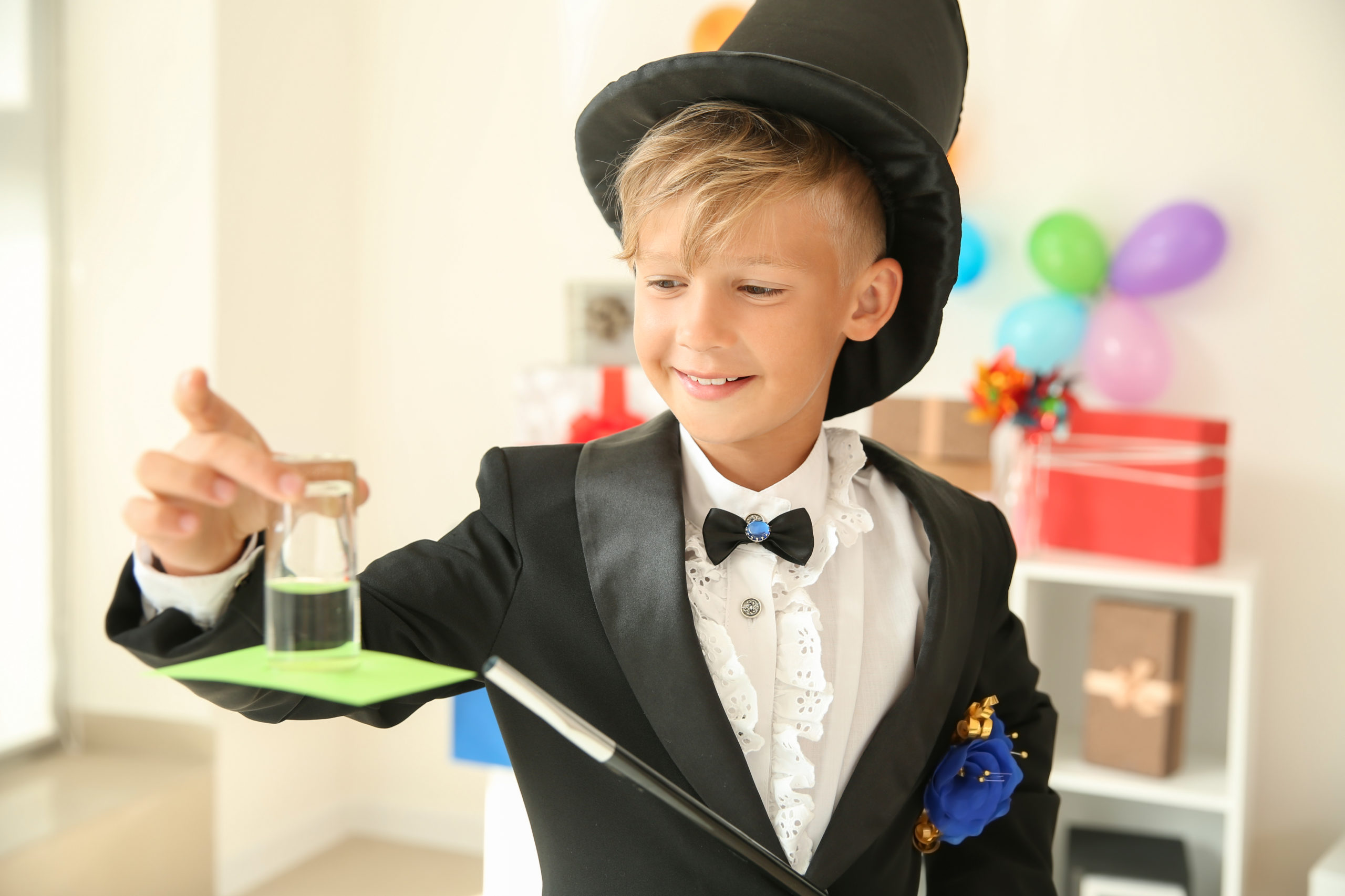 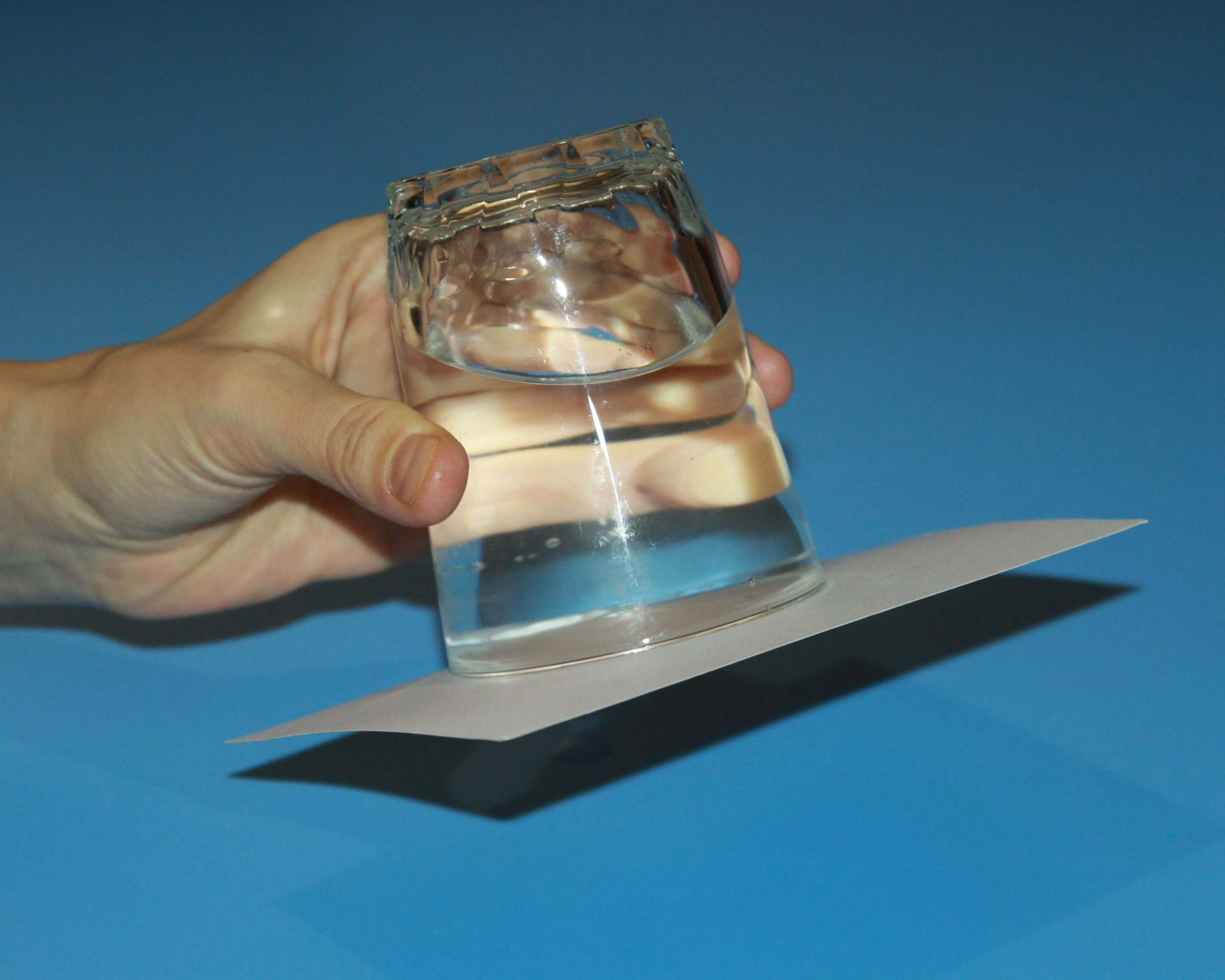 Gardens are great places to find all kinds of creepy crawlies because of how rich and diverse they are. There’s plenty of soil to burrow into, rocks to hide under, bushes to climb and a ready supply of food in the form of plants and other insects. If you have a pond, a bird bath or even an old bucket of water then that’s a great place for aquatic insects too. The best places to look are in the dark and damp because most insects can’t drink and need to absorb water from their surroundings. The dark also helps them avoid being spotted by birds and other insects that would predate them.

To help you with this quest and to be able to tell what’s what, we’ve got a beautiful ‘creepy crawlies’ guide here. 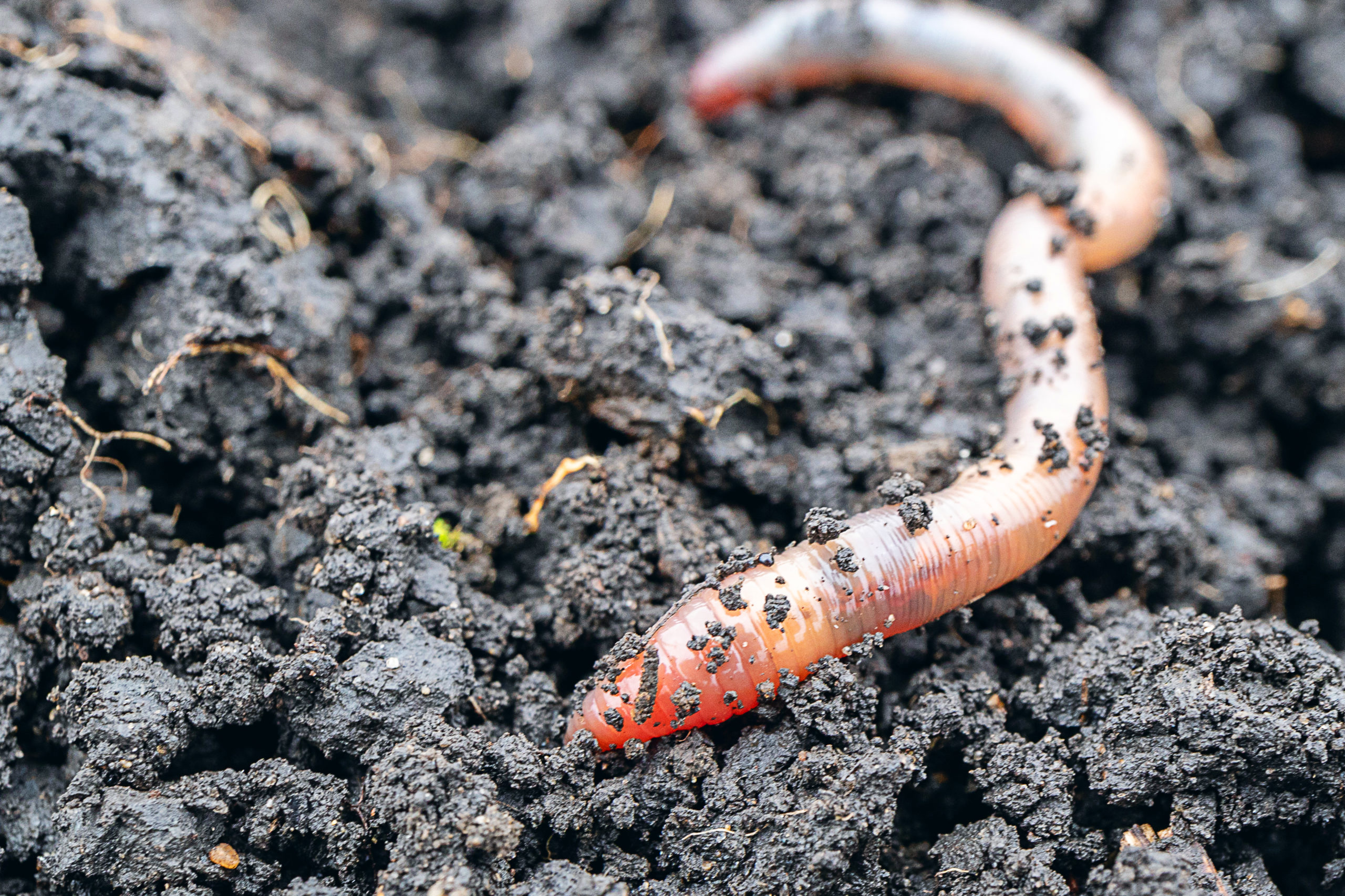 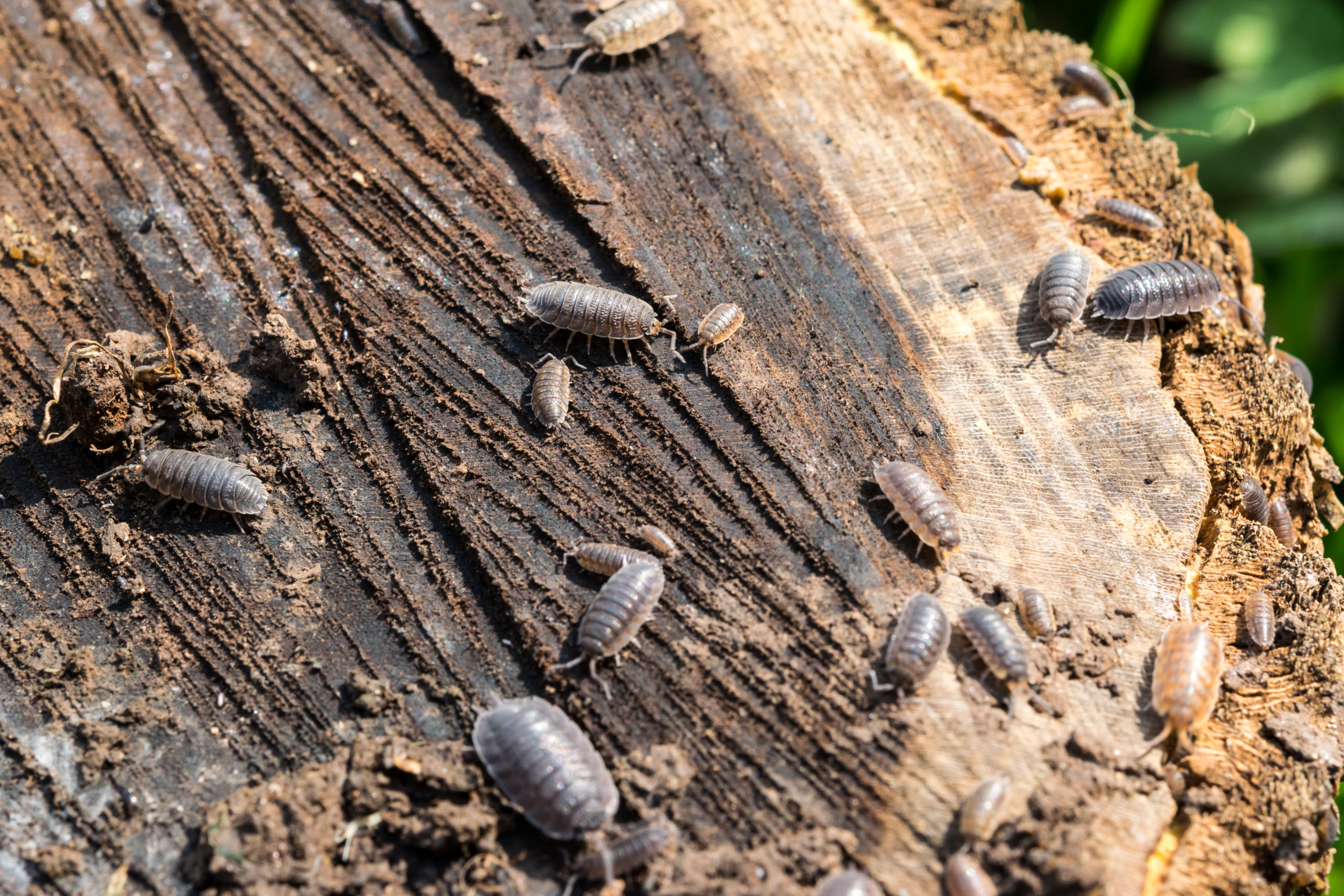